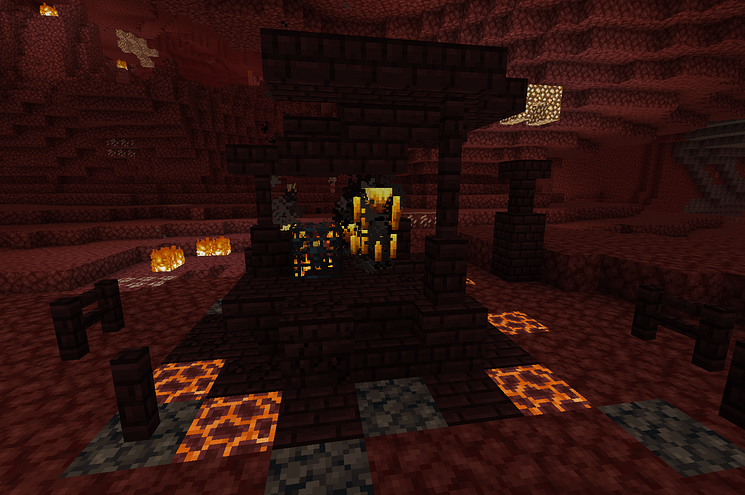 Getting Rid of a Wither

Choose a battleground ahead of time. Do not attempt this near your base, since the Wither's explosive strikes would completely destroy the region. Underground portions are a little simpler because you won't have to race back to the Wither across big dirt chasms and whatnot.

Before the battle, use a Night Vision Potion. The Wither's blasts destroy torches, and you won't want to battle in the dark.

Build a tiny altar of Soul Sand with one block on the bottom and three horizontal blocks stacked above it to call your Wither. Then, on top of the altar, arrange the three skulls. The Wither is born as a result of this. Run! Immediately!

When the Wither achieves full health, it detonates a bomb in the area around the altar. This is not a party you want to be a part of.

Return to combat after hearing the unusual blast. Reduce the Wither's health to half with your Bow. Because the Wither's ranged assaults take a few moments to reach you, ranged fighting gives you an edge. Avoid the Wither's exploding skulls as much as possible, and fire back as frequently as possible.

Charge at the Wither and go for broke once you've been strengthened by the favorable effects of the Enchanted Golden Apple and Strength Potions. Attack quickly and kill it while the apple's healing properties are still active.

The Nether Star that drops is used to craft Beacons, which provide fantastic benefits to your character and any friends. In addition, travelling to the Nether, farming resources, summoning a Wither, and killing it will earn you many awards. It's all for a good cause!

Turn on a Beacon

Return to your base and construct a massive pyramid of blocks once you've obtained a Nether Star. There must be 164 blocks of Iron, Gold, or Diamond in the greatest effective pyramid. Each block costs nine ingots of the commodity in question, making the total quantity of resources required fairly frightening.

Your pyramid may always be built in layers. The Beacon must be placed on top of the first level, followed by nine blocks in a square under it. It's just 81 ingots of stuff, so it's not a big deal. Save up additional resources till you can create the second step once you have that. Continue from there so you don't have to wait until you've finished everything to enjoy the benefits of having an active Beacon.

Placing many Beacons on a huge pyramid allows you to group them together. In the end, this saves a significant amount of space and materials. A two-by-two top with four Beacons and a four-by-four tier underneath it is far more beneficial than a single huge pyramid with one Beacon.

What Are Beacons and What Do They Do?

The completed Beacons light up the sky and look fantastic, but that's not the only effect they have. Add a single piece of Iron, Gold, Emerald, or Diamond to turn on Beacons after they're built. This initiates a buff that has an effect on your character as well as any friends within a specific range.

The horizontal range of a Beacon is determined by the number of blocks stated in the previous table. The Beacon's abilities, on the other hand, extend 250 blocks upward (vertically). This is why many people build Beacons around the Overworld's bottom. Note that your Beacon requires open sky access to function correctly, so dig a hole down into the bedrock to allow the Beacon to shine freely.

Beacons normally grant you one power apiece. You receive more power options as you build larger pyramids, but you don't receive any secondary powers until tier IV. These large pyramids allow you to create powerful main abilities or gain a free secondary regeneration benefit.

Craft four Beacons and utilize the bigger pyramids to receive practically all of these bonuses for the optimum effect. A tier-II pyramid constructed in this manner requires "only" 52 blocks yet provides four major abilities. That's less than a third of a single Beacon tier-IV pyramid's price.

Life is wonderful if you can ever gather enough material for a four-Beacon, tier-IV pyramid. The expanded range is really beneficial, and your overall number of effects makes mining, working, or farming near the Beacon a delight.

Even more precious minerals are found in Nether Fortresses than in the Nether itself. Blaze Rods and Nether Wart are both extremely helpful items, but you won't be able to obtain them without visiting a Nether Fortress.

Walk east or west from your starting place to look for Nether Fortresses. Nether Fortresses are created along lines that run the length of the Nether and are lined north to south. You're all set once you come upon a Nether Fortress! There are other forts to the north and south of there, so exploring isn't as difficult. Read about minecraft nether fortress finder.

Furthermore, Nether Fortresses are huge enough that you will seldom pass them by. They're made of Nether Brick, which is compressed Netherrack. Their fences, stairwells, and various creatures distinguish them as prominent landmarks.

Gather resources from killed foes and fight carefully through Nether Fortresses to grab Nether Wart from little growing spots near some of the staircases. If you're lucky, Wither Skeletons will drop Wither Skeleton Skulls. To summon a particular boss monster, you'll need three of them, and gathering them takes a long time.

In these forts, ranged weaponry are a necessary. Wither Skeletons, like Blazes, may use ranged attacks if they take up a Bow. Also, some normal Skeletons can be found in Nether Fortresses, so keep an eye out.

Not all Nether Fortresses feature Nether Wart gardens, but those that do frequently feature treasure chests. Diamonds, metal, golden equipment, additional Nether Wart (yay! ), saddles, and horse armor may all be found in them. As a result, you may acquire your first Nether Wart and build your own garden by carefully examining the stairs for Chests and growth regions.